Southern blot analysis is one of the oldest methods that is used to analyze DNA.

In this method, DNA is first extracted from the sample and quantified by UV spectrometry. Then, a certain amount of DNA is digested by a specific restriction endonuclease and cut DNA samples are separated by agarose gel electrophoresis. The next step involves transfer and UV cross-linking of the DNA fragments to a membrane and hybridization with a specific nucleic acid probe, which will identify DNA target regions of interest.

Southern blot analysis is usually a part of a cell line stability testing package, which is a key component in characterizing production cell banks and is critical in maintaining quality assurance of biologicals/ modern therapeutics derived from bacterial, yeast and mammalian cell cultures.

Basically, ICH Guidelines require Southern blots (among other methods) to confirm that the structure of the genomic DNA of a cell bank is stable and unchanged and that no clonal rearrangement has occurred. Southern blots also confirm target identity as matching the hybridization probe to digested DNA sample compared to a molecular weight marker and/or digested reference sample.

The minimal characterization required is to assess the Master Cell Bank (MCB) and the End of Production Cell Bank (EOPC). Testing of the working cell banks (WCB) may also be performed at a manufacturer’s discretion, especially if there were any changes in the production process. Testing results from the EOPC and WCB are compared to those of the MCB to allow the detection of any changes that may be indicative of cell line instability.

In addition to that, a typical assessment of result can be performed by comparison to the customer´s reference sample (as stated above).

In Generi Biotech, we have sound expertise in Southern blotting supported by years of experience and we will take care of the whole process, starting from DNA extraction to probe design. 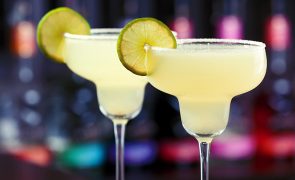 gb Easy PCR Master Mix consists of hot-start Taq DNA polymerase, reaction buffer, dNTP and MgCl2. The Taq polymerase is chemically modified DNA polymerase from Thermus aquaticus. This polymerase is completely inactive at room temperature but it is rapidly activated during the initial denaturation step of PCR. The product falls into a group of TaqMan Real-Time PCR Master Mixes to provide probe-based qPCR.