Home About us History

History of GENERI BIOTECH with eyes of its founder. 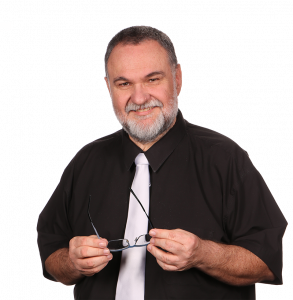 Once upon a time…

Some motives can be trivial. When I was establishing GENERI BIOTECH in 1995 I did not intend more than a commercial platform to have some base with the intent to sell more than a few oligos to colleagues who showed interest. At the time, in the Czech and Slovak Republics, there was not a quick and reliable supplier of such a product. As I myself was an oligo user at the time, I can recall that their delivery took almost a month for which I felt unhappy. Since the beginning, a lot of changes have occurred although one thing hasn´t changed – we were then and are now successfully able to fill in the missing gap in the Czech market and take advantage of what was there.

It was a coincidence – just being there a bit late would have given someone else a chance to play our role today.

This is how a company with only one employee, who was me, began. Gradually, there were more and more people facing oligo synthesis issues and as we all had been users only a short time previously, we could be sympathetic with the thinking and needs of our customers.

We managed oligo business from both the customers’ and a professional point of view – we improved quality, purity, other modifications etc. step by step. However, how to do more?

It would not be very strategic to concentrate only on oligos. Furthermore, on one hand it was a product whose consumption was gradually growing and on the other hand, at the same time, its price was decreasing steadily. If we had stayed only with one type of such a narrow range of products, global competition would have taken us over in a very short time just as was happening with newly founded small oligo synthesis companies in neighbouring countries.

The end of the millennium – against the flow

By the end of the 90´s, people with tendencies to do research in science and interested in their own research came to our company. And we really were doing some research to some extent. As the only private entity (alongside hundreds of entities such as universities and faculty hospitals) we were even rewarded with a project funded by grant agency at the end of the 90´s. At the end of the millennium it was particularly unusual in the Czech Republic for a private company to do any kind of research. It was difficult to be involved anywhere without following in someone else’s footsteps.

I felt that our activity was definitely and strongly “against the flow”. The tax office did not know what to do with us when we spent most of our gross profits on our own research investments instead of taxing it as expected. Many times it seemed critical.

Nevertheless, we continued straight forward, the number of projects continued to grow, experience of our young team got stronger and the team itself expanded. The environment changed gradually: instead of going “against the flow”, the state and EU begun supporting research in the private sector. All of a sudden, the current changed directions and we floated with it, thus we were able to utilise our head start of a couple of years, since everyone else joined later on after we had already taken the plunge.

Influenced by a common project

Our company was successfully involved in a common research project with the Faculty of Pharmacy at the beginning of the millennium and so it was possible to gain resources to further our research and development more systematically. We took on new staff, equipped ourselves with new instruments and we as a company learnt a lot of new methods.

It was a time full of expectations. We managed a lot from the professional point and still we were one of the few medium size companies doing their own research.

However, there was a negative point as well, as no completely new commercial product enabling us to be lifted economically was available as a result of our research. We then started to offer scientists our services to a larger extent using the methods we had learnt. It looked we as a company were setting our own direction and agenda.

During the next few years it was clear that the gamble aimed at services was not commercially viable. A wide range of service portfolios does not allow specialization as individual services are connected with a large number of specialist personnel and each service can be sold just once. And what is more, scientists are only willing to order just the particular part of the work for which they are either not equipped or which gives them some kind of problems. It started to be clear that providing some services could be trouble for us, too.

It was obvious in 2010 that we had reached a dead end and it was necessary to change the direction of the company. The decision was clear, our task was to concentrate on the production of new products and in the meantime to use the experience we had gained during the previous 15 years to the maximum.

It was more than difficult to put all this into reality. Everything was available on the market and it would be hard to make a breakthrough with anything. We knew we were good at real-time PCR and it was the main leading point. What products to aim at? Diagnostic kits for human medicine were chosen from many options.

They say beginnings are hard and they really are, we can confirm it.

We had the first two products – kits for detection of thrombophilic mutations FII and FV. But how to offer a potential customer two kits while the competitor has a full catalogue. We sold just a negligible amount of these the first year and besides, newer and newer problems were starting to come up during development and they were necessary to be solved. You would not come across these problems if you were doing in-house method detection.

We did not give up though. Mistrust of a new producer and new products started to fade away after developing our first complete line of kits. Our users started to find out our kits work very well, with features more friendly and pleasant for customers than comparable products of other producers.

Increasing sales in IVD showed us the IVD choice was good after 2015, i.e. after about four years of development. We managed to succeed in the market sector where seemingly there was no longer any gap.

Life Sciences products came as a certain by-product of our IVD development. What we had to manage for our IVD from the point of view of development, we started to offer as separate products. Mastermixes seem to be a perfect example.

Just start with some products and market feedback will show you what more to concentrate on.

And what happened to our R&D?

We fully concentrated on the development of the products. We are beginning with complicated products mainly in the area of oncological diagnostics which demand a significant amount of development. We have over the last few years kept the principle that all our research projects have to result in a product entering the market. Our portfolio of products is growing step by step.

We do not forget the education of new specialists either: since 2000 we have had students from the Faculty of Pharmacy (Charles University) and Faculty of Chemical Technology (University of Pardubice) in our offices who solve professional issues for their diploma thesis.

We accept postgraduate students to Generi Biotech who solve part of our research projects in the experimental part of their studying. And some of our colleagues work as external teachers in the above-mentioned faculties.

Generi Biotech is permanently interested in the results of academic research which can be transformed into a commercial product after further development. To these ends in the past we bought a few licences from academic sources. We are trying to establish an external consulting team, namely in the areas we are interested in from a development point of view.

We are seeking cooperation on particular projects with academia, hospitals and other companies as well.

In 2015 we decided to systematically develop a full range of complete testing services, which we had been providing previously for our partners in the pharma and biotech businesses.

They were mainly Finnish Oncos Therapeutics for which we performed some pre-clinical tests on a long-term basis. Their biological drug is becoming part of clinical tests now. After the experience with Oncos Therapeutics and some other European companies we achieved standards for good laboratory practice (GLP) and good manufacturing practice (GMP) and we are involved more and more in this interesting market sector.

Again, our previous experience in DNA/RNA technologies are valued. Furthermore, we are more than happy that our little steps will be used in some future pharmaceuticals.

And our future steps?

That was history. And our future?

Oligonucleotides remain a flagship product of GENERI BIOTECH, like a thread of a story stretching from the beginning to the present. Today, we specialize in modified oligo products with high added value. We are producing more and more probes to increasingly higher customer requirements.

It has been shown we hit the mark in the area of IVD and we will continue in the development of other products and expanding our business network mainly abroad.

In GLP/GMP testing it is too early to speak about business success as we have not had so many orders yet. However, it can be considered from the increasing numbers of orders that our business objectives are correct – to provide our services closely aimed at DNA/RNA testing in pharmaceuticals development to big testing companies which are not oriented in this direction. The area of developing new pharmaceuticals is large and extremely demanding which will be the next great challenge for us.